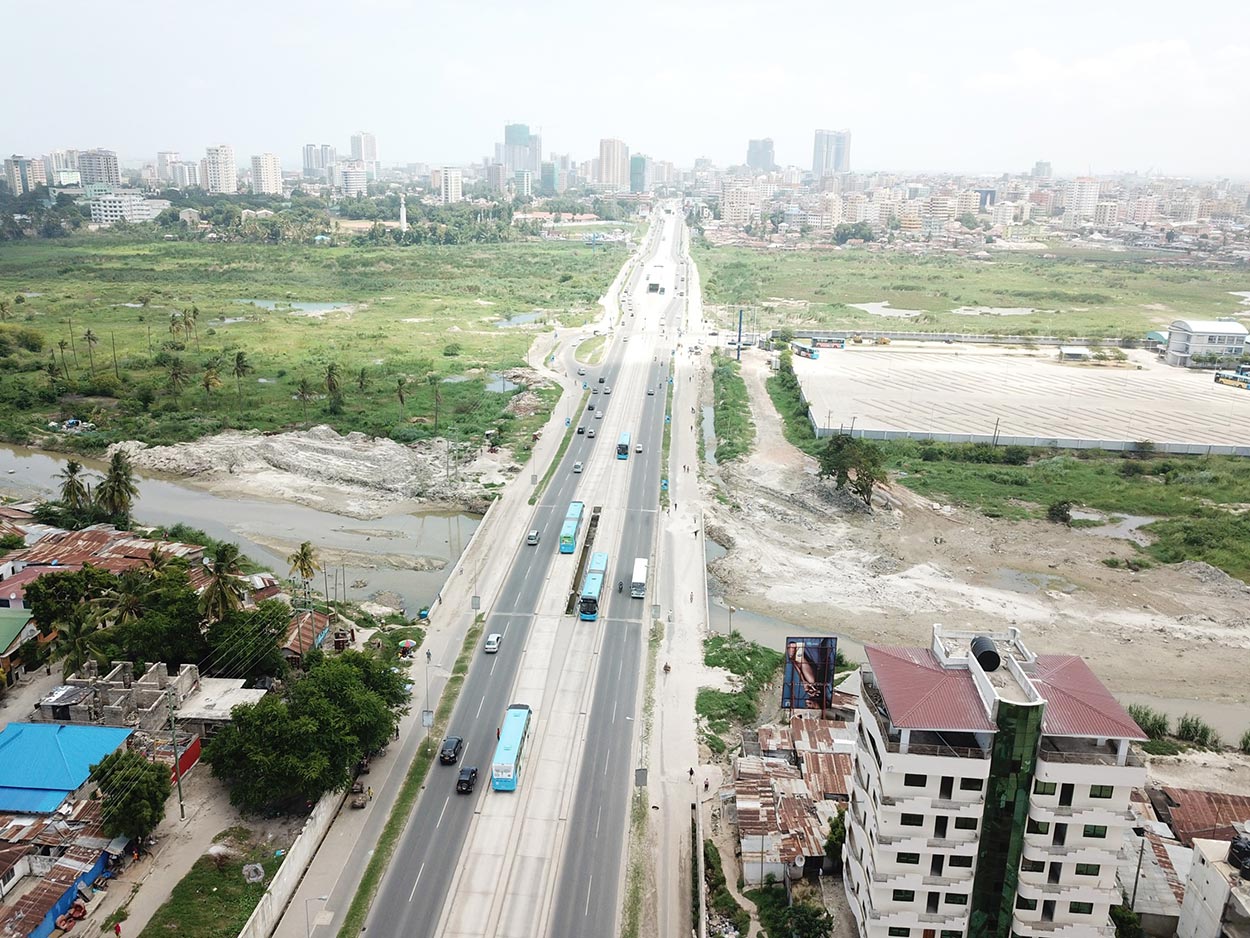 Name of the Project

Jangwani Bridge forms a link between the city center and the north-wester part of the city.

The United Republic of Tanzania

The traffic comes to a stillstand. The BRT depot is not designed to withstand flooding impacts of recent flooding events. Water and sediments enter the depot, damaging not only the depot’s structures and obstructing the drainage system, but also the parked busses inside. In the year 2018, the rainfall caused flooding events with the said impact 4 times and this has been increasing since the year 2011. The main objectives of the here described Consultancy Services are to: i) address the flooding at Jangwani Valley, ii) ensure uninterrupted traffic flow on the Jangwani Bridge while at the same time and iii) safeguard the Bus Rapid Transit (BRT) depot infrastructure.

Support to preparation and elaboration of Delta Plan 2100 Conference